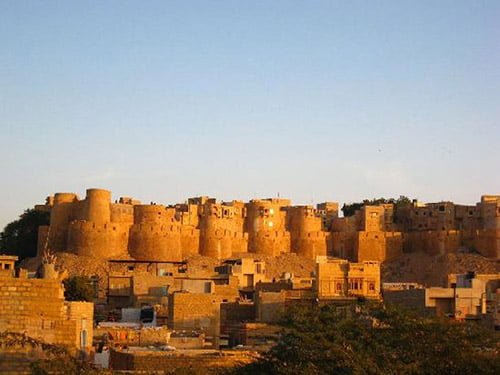 Situated in the west end of Rajasthan is Jaisalmer. The drive to Jaisalmer is spectacular. A magnificent stretch of massive yellow sandstone walls and bastions bathed golden in the afternoon Sun. The establishment of this city was laid by Rawal Jaiswal in the year 1156. Jaisal abandoned his old fort at Lodurva and built this new Capital and Trikuta was the hill chosen. The Bhati Rajputs of Jaisalmer were the medieval boss who lived on the constrained duty on the troops that crossed their domain on the way to Delhi. These trains weighed down with valuable cargoes of flavors and silk conveyed extraordinary riches to this town. Jaisalmer, because of its remote location, remained untouched by outside influences for years. During the British raj, the rulers of Jaisalmer were the last to sign the instrument of an agreement. At the point when ocean exchange supplanted the old area courses, the superbness of Jaisalmer blurred. In any case, till date the slender lanes in the walled city safeguard a conventional lifestyle. The skilled workers still work at the antiquated artworks of stone cutting and weaving, the making of weaving and silver gems and the stately, indifferent camel is obviously all over the place, only a stroll through Jaisalmer, appreciating the medieval period of old Rajasthan, is a gloriously remunerating travel encounter that one wouldn’t have any desire to miss. Winter is the perfect time for Jaisalmer as the Jaisalmer desert festival, celebrated in January/February, is a must on any itinerary. The desert seems to bloom in thousands of colours. There are folk dances and camel races. Traditional balled singing and craft bazaar. A sound and light spectacle on the sand-dunes on the full moon night of Purnima offer the best in Rajasthan. 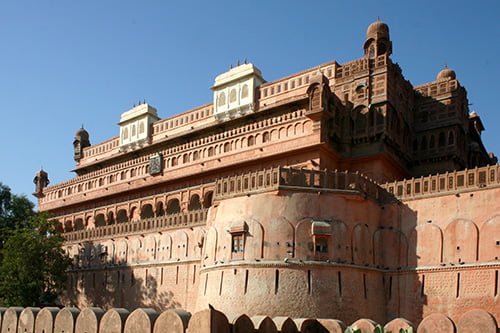 Housing the whole township within its fortifications, the golden hued fort is a sentinel to the bleak desert escape from its 80 metres high perch on the hill. The fort is approached through four gateways- Ganesh Pol, Suraj Pol,Akhaiya Pol, and Hava Pol. It has a charming interlacing limited paths spotted with some dazzling Havelis, five interconnected castles and three flawlessly molded Jain sanctuaries of twelfth-fifteenth century A.D. 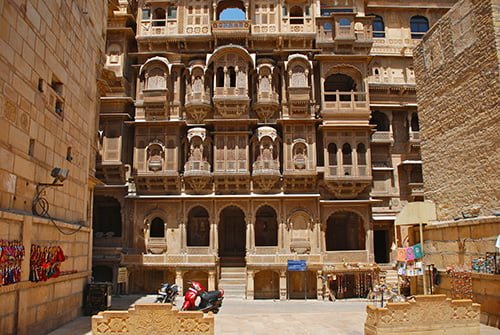 Manak Chowk is situated outside the fort and is the main market place and hence the centre of local activity. One can walk from manak chowk, into the lanes where the famous carved Havelis are to be found. The façade of each haveli differs from other. The carving in the Havelis of Jaisalmer is of a very superior quality even though they were built mainly during the technology deprived era of 18th and 19th centuries. One of the most exquisite havelis is the Patwon-ki-Haveli with a beautiful latticed facade. Salim Singh-ki-Haveli is still lived in, even though it is three centuries old. Its arched roof is held up by well-excluded brackets in the form of peacocks. Nathmaliji-ki-Haveli is guarded by yellow sandstone tuskers. It was built by two architect brothers, each concentration on opposite sides.

The havelis created by in the late 19th century are the perfect examples of art and craftmanship coming together to create surreal beauty. Nathmalji-ki-Haveli has its interior walls adorned by beautifully intricated by miniature paintings. There are two wings in the mansion (left and right), both of which are crafted in a balanced and similar manner. 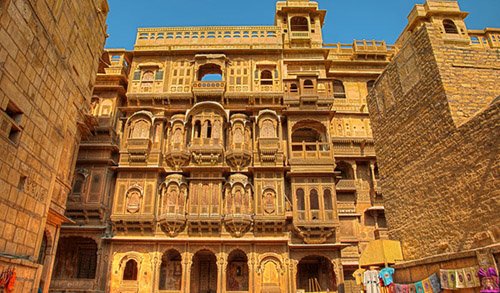 It has exquisitely carved pillars and extensive corridors and chambers and is the most elaborate and magnificent of all the Jaisalmer Havelis. One of the apartments of this five storey high Havelis is painted with beautiful murals.

This 300-year-old Haveli of Jaisalmer`s Prime Minister to Maharaja Rawal Gaj Singh – Salim Singh, has a wonderful blue vault rooftop with radiantly cut sections as peacocks. This unprecedented house is secured with unpredictable carvings and has an elaborate anticipating overhang on the top story. The manor is a standout amongst the most remarkable of the variety of Havelis.

Lodurva (16 km): The ancient capital of Jaisalmer and an essential explorer spot of the Jain group with some great Jain sanctuaries. A "Kalpataru" or a heavenly tree is the principle fascination of the sanctuary. "Toran" or the luxurious curves at the fundamental passageway and awe-inspiring carvings are imperative.

Sam Sand Dunes (42 km): An excursion to Jaisalmer is fragmented without a visit to the most pleasant hills of Sam. The swells on the wind stroked ridges that make a charming hallucination are most likely an enjoyment for a picture taker. Against the background of these captivating sand hills different social projects are sorted out. Energizing camel safaris permit you to get the genuine feel of the desert on camel back.

By Air – Jodhpur 285 km is the convenient airport.

By Rail – There is a rail connection with Jodhpur.

By Road – Jaisalmer is connected by road with the major cities of India. Some important distances are