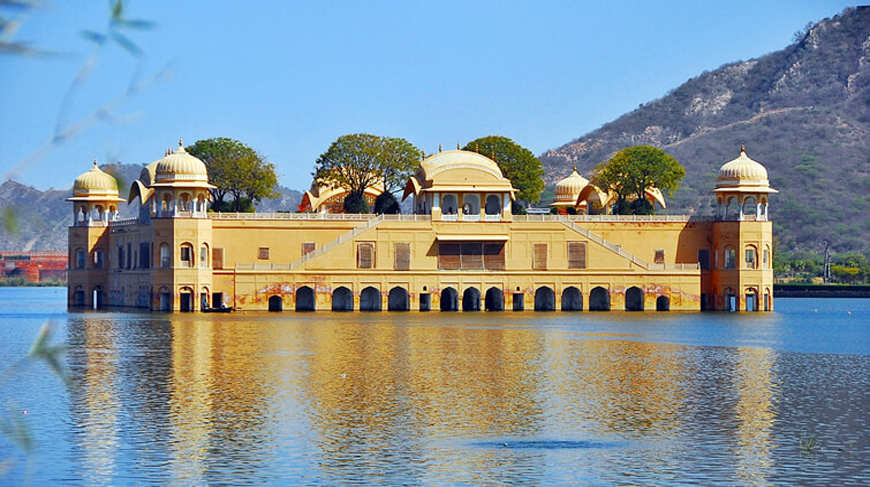 We leave for the eloquent desert city of Bikaner in the morning. It dwells on the ancient caravan routes that originated from Africa and West Asia. The city was founded by Rao Bikaji and renowned for sculptured temples and wonderful palaces in red and yellow sand stones. Arrive Bikaner and check–in at hotel.

Afternoon, we go for city tour of Bikaner by first visiting Junagadh Fort which was constructed in 1556 AD by Raja Rai Singh. The major attraction lies in its arcades, Darbar halls, royal rooms, and Jarokhas or screen windows. The fort is surrounded by almost one kilometre long wall which has 37 bastions. If time permits, you can also visit Camel breeding farm or Karni Mata Temple at Deshnok, the Temple of rats. Overnight stay.

After breakfast at hotel, we depart for Jaipur. Jaipur (also known as the pink city)is the capital of Rajasthan, and was founded by Maharaja Jai Singh in 1727. It is one of the first planned cities of India and is rich in culture and heritage. After arriving in Jaipur, check–in at the hotel. Rest of the day at leisure to explore the pink city bazaar for shopping or just to take a leisurely walk. Overnight stay.

In the morning, we go for excursion to Amer Fort which is perched on a hill. The architecture of the fort is a unique blend of Rajput and Hindu style. Amer is the former citadel of Kachwahas of Amer who had ruled the city. It is a thrilling climb to the fort as its done sitting on an elephant’s back. The Fort is known for cobblestoned pathways with enormous fortification. There are beautiful buildings inside the fort including Sheesh Mahal (palace of glass), Jai Mandir and Sukh Niwas.
Afternoon visit City Palace, the former royal residence of the Maharaja of Jaipur. Even today, the royal family abides in a part of the palace that is cordoned off for the visitors. It is quite different from other Rajput palaces and forts as apart from the Rajput architecture you can also observe smithereens of Mughal architecture. Not far away from the city palace is Jantar Mantar which possesses various astrological instruments that have impressed astronomers all over the world. Here you will see the largest sundial in the world and one of the best preserved observatories. Return to hotel for overnight stay.

In the morning, we begin exploring the city of Agra, first visiting one of the Ancient Seven Wonders of the World, “Taj Mahal” It is a mausoleum built by Shah Jahan for his beloved Mumtaz Mahal. It took no less than 22 years to build this architectural wonder and was finally completed in the year 1653. The interiors of Taj Mahal are adorned with highest quality inlay work incorporating semi–precious stones. Taj Mahal is undoubtedly a treat to your eyes and spectacle to watch. Then visit Agra Fort which had been the seat of power of the Mughal dynasty for many centuries. The huge awe–inspiring facades of the fort are a symbol of strength, power and resilience of the might empire. Finally visit Sikandara. Then leave for Delhi and transfer to airport to catch flight for onwards destination.